Birds of a Feather Oceanfront Bed and Breakfast is located in Colwood, on the southern tip of Vancouver Island in British Columbia.

Colwood is one of 13 regional municipalities of Greater Victoria. While downtown Victoria is within view across the outer harbour - also known as Royal Roads Anchorage - the drive from Colwood into the city is about 6 miles west. The Colwood area is generally known as part of the western communities of Victoria and more specifically known as the Westshore. 450 year old Douglas Firs, majestic Garry Oaks, rugged west coast beaches, parks, trails and birding are native to this southern tip of Vancouver Island. Parks and trails feature views of downtown Victoria and the Strait of Juan de Fuca as far as the U.S. coastline.

Colwood is rich with heritage sites such as Hatley Park, Fort Rodd Hill and Fisgard Lighthouse and the 1913 St. John the Baptist Heritage Church.

The Galloping Goose hiking and bicycling trail runs right through Colwood, connecting to downtown Victoria to the east and to Sooke to the west, and beyond Sooke where it ends at a once thriving 1864 gold mining town, Leechtown, where 4,000 miners once worked more than 1,000 mining claims.

Golfing is always in season in the Westshore. There are 2 major world-renowned 18 hole golf courses in Colwood: Olympic View and Royal Colwood. Both golf course are literally within 5 minutes of Birds of a Feather B&B. (For a list of other southern Vancouver Island golf courses, please go here) 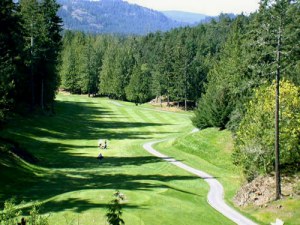 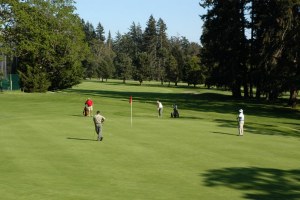 The Colwood area also offers a variety of other recreational pursuits. The Juan de Fuca Recreation Centre located just a few minutes from the Birds of a Feather B & B on a 108 acre park in Colwood, is considered one of the best sport complexes in the province, complete with a new Olympic size pool. Indoor facilities include a swimming pool, weight room, a curling rink, a skating rink, a variety of

meeting rooms, banquet rooms complete with full catering services; a lounge overlooking the curling and skating areas; and a 55+ activity centre which includes an auditorium and stage. Outdoor facilities include a 9-hole golf course plus a Pro-Shop and Fieldhouse meeting/banquet room; four lawn bowling greens serviced by a Clubhouse with catering facilities; lacrosse box; a professional cycling velodrome; lighted outdoor playing fields; ball diamonds; tennis courts; BMX track; and a 1½ mile jogging trail. The grounds are landscaped, the connecting walkways and roadways are paved, and parking is close at hand for all indoor and outdoor facilities.

The Esquimalt Lagoon located on the waterfront of Colwood is a federally protected Migratory Bird Sanctuary. This salt water lagoon is tidal and is naturally well protected from the open ocean which makes it ideal for canoeing and kayaking. Ocean Blvd. also known as the spit, is a 2 mile strip of road and beach which separates the lagoon from the open waters of the Pacific Ocean. A bridge at one end allows smaller boats to enter and exit the lagoon. The Lagoon area offers a nature reserve and a beach for tanning, swimming, wind surfing, sailing or just walking. 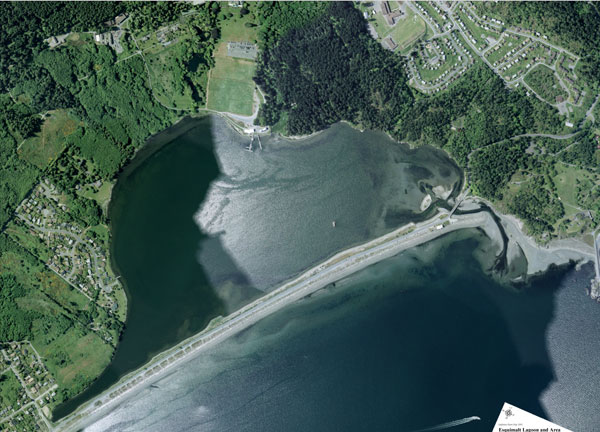 St. John the Baptist Church, a fine example of Carpenter Gothic, was completed in 1913. Mr. H.O. Miles was paid $2,435.00 for the job. The first recorded wedding was Dec 11, 1920 - Wm. Gray, 39 and Freda Knevitt, 28. Mrs. James (Laura) Dunsmuir of nearby Hatley Castle was a great supporter of St. John. Josiah Gosse, the last keeper at Fisgard Lighthouse, was an early Warden of the Church. Early Synod records note St. John's as 'one of the most desirable of the country parishes'. The City of Colwood gained responsibility for the historic site through negotiations with the Anglican Diocese.

Hatley Castle:
This magnificent structure, arguabley one of the most impressive buildings in British Columbia, can been seen from the grounds of Birds of a Feather B & B, and is only a few minutes drive away. It was built in 1908 by a coal baron, James Dunsmuir, who also served as an early Premier and Lieutenant-Governor of British Columbia. 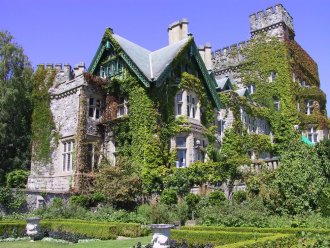 Dunsmuir commissioned Samuel Maclure, a Victorian architect, to design the "Castle", and Messrs. Brett and Hall, landscape artists of Boston, Massachusetts, to plan the gardens and surroundings. Local stone, trimmed by Valdez and Saturna Island sandstone was used in the building's construction. Its impressive exterior is matched only by the lavishness of the interior appointments; oak and rosewood panelled rooms, baronial fireplace, teak floors, and specially made lighting fixtures. James is quoted as saying: "Money doesn't matter, just build what I want."

The building is 200 feet long and 86 feet wide; the turret is 82 feet high. The wall surrounding the estate, also built of local stone, cost over $75,000; the Conservatory, costing a like amount, was at one time filled with white orchids imported from India; a large banana tree grew in the centre under the dome. The rooms of the house were filled with flowers from the Conservatory throughout the year. 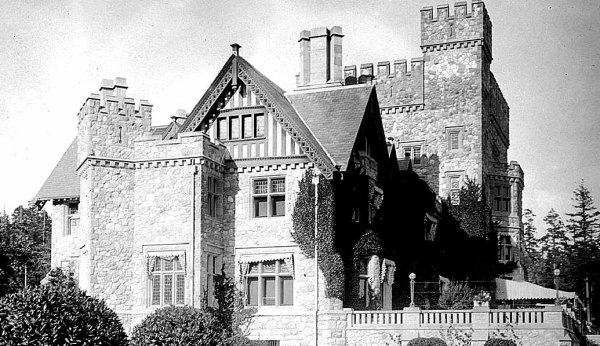 A 660-unit $350 million dollar five-tower and townhouse upscale housing development designed for retirees and empty nesters by Esquimalt Lagoon in Colwood will go to public hearing. 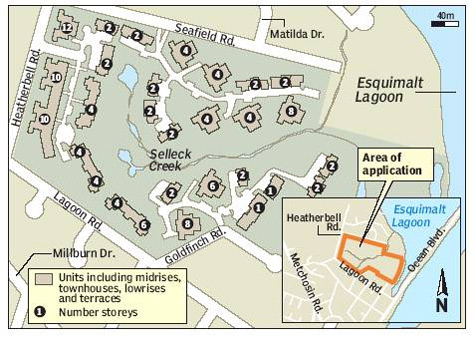 Colwood councillors have agreed to its planning and zoning committee’s recommendation that bylaws be drafted to rezone property and amend the official community plan for Lagoon Estates. This development is one street over from our location adjacent to the Esquimalt Lagoon area on a 47.4 acre site in Colwood, one of the 13 municipalities making up the Victoria Capital Regional District on the southern tip of Vancouver Island in British Columbia.