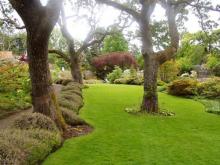 The Abkhazi Garden, a 1.4-acre site that overlooks the Strait of Juan de Fuca and the Olympic Mountains, is internationally famous for its splendid collection of rhododendrons. Photo Gallery

The Garden is located at 1964 Fairfield Road in Victoria, BC, Canada. This is about 600 feet East of Foul Bay Road on Fairfield. 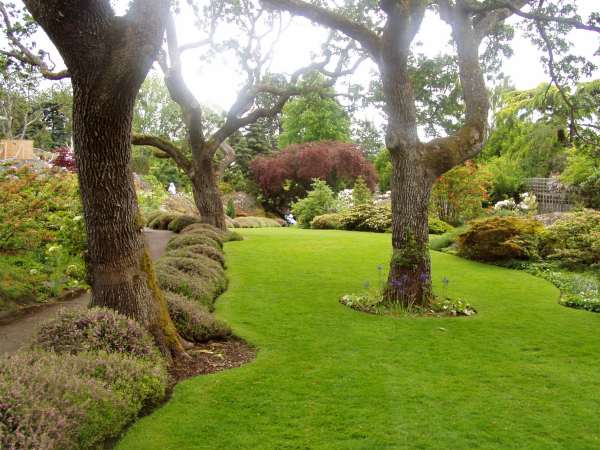 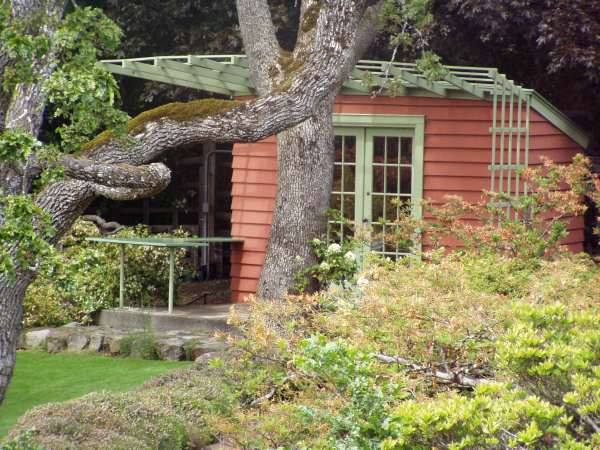 Historically, the love affair between Prince Nicholas Abkhazi and Princess Peggy Abkhazi spanned over seven decades, three continents, and the Second World War. When Peggy Pemberton Carter purchased this property in 1946, this long, thin strip of land was about to be subdivided. It was an overgrown, weed-infested lot! The Georgian prince from Russia and his Shanghai born princess created a magnificent landscape that she would later call the “garden that love built”. The couple was childless and the garden, along with their shelties, subsequently became their pride and joy. Prince Nicholas died in 1987 and Princess Peggy died in 1994. Their ashes were mingled and placed in the garden by long time friends Christopher and Pamela Ball and housekeeper Maria Camara.

In 1986 for financial reasons, Peggy sold the working lot to long time confident and trusted Landscape gardener Chris Ball, After the death of Prince Abkhazi in 1987, in order to stay in her home, she sold the balance of the property to Christopher and Pamela Ball who provided her with a life interest until medical advisors placed her in a home in 1989. By 1989 Chris had spent ten years restoring the garden. In 1989 the couple moved in, maintained and improved the garden for an additional 10 years, as long as they could, before arriving at the same financial conclusion as the Abkhazis'. They had to sell due to the high cost of upkeep. When the new owner announced plans to replace the garden with a development of 12 townhouses, “the garden that love built” captivated the hearts of horticulturists across the continent. The Land Conservancy of British Columbia, in an 11th hour agreement, signed a contract to buy back the property from the developer. A public campaign brought donations from Canada, the United States, and England. The property was formally transferred to the Land Conservancy of B.C. on February 17 2000. The Land Conservancy continues to raise funds to pay down the million dollar mortgage needed to complete the purchase. 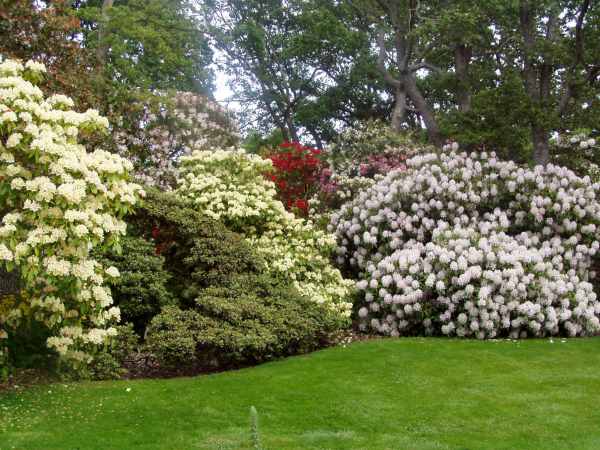 When news of the gardens' reprieve reached the ears of Maria Camara, she said that Princess Peggy Abkhazi “believed in the ever-after… I think she’s around us… she is in the garden and she’s very happy”. Christopher Ball is delighted that the garden has now been protected as a public garden and he serves as a valued advisor and friend of The Land Conservancy. As Bill Turner, Executive Director of The Land Conservancy says “Without Christopher and Pamela Ball’s hard work and dedication there would not have been a world class Abkhazi Garden for us to save”

This garden was prominently featured in the book In a Canadian Garden in 1989. Photographed by Freeman Patterson and written by Nicole Eaton and Hilary Weston, it vividly “shows and tells” the beauty of this garden and how it evolved. Princess Abkhazi envisioned her garden like the Yangtze River in China. The garden, like this river, gently and peacefully flows from one “room” to another. Each room is a new surprise… a new adventure.

Make arrangements to see the garden in person. It truly is one of the most beautiful gardens in Canada… Victoria’s Garden of Love.

The garden plays up a contrast between the rock and the treed areas of deeper soil. Some of the rock is deliberately bare; some is planted with rock and alpine plants, and ornamental evergreens. Some of the deepest pockets in the rocks are carefully dammed to create pools frequented by native Mallard ducks and providing reflections of the plantings. The lower portion of the property is treed with oaks and was developed into a rhododendron copse or woodland garden. A flowing lawn, bordered by heather and a paved path skirts the point where the rock plunges into the ground. The original garden shed/summerhouse, designed by the owners, provides a focal point at the end of this long view, and a point from which to turn and appreciate the view in the opposite direction. Paved paths meander past the summerhouse and up to the higher, rocky site of the house from which a stunning view is enjoyed, not just over the garden below, but outwards over the larger Victoria landscape, the Strait of Juan de Fuca and the Olympic mountains of neighbouring Washington state.

There are notable specimens of both hybrid and species rhododendrons and azaleas. Some of these were gifts to the Abkhazis from an earlier generation of Victoria area nurserymen who sought a good home for some of their more significant specimens. There are also examples of some of the hybridizing efforts of local rhododendron growers such as R.X Prince Abkhazi and R.X Peggy Abkhazi, this latter plant registered internationally with the Royal Horticultural Society in 1989. That same year Peggy was honoured by the American Rhododendron Society, when they held their conference in Victoria and a tour of the Abkhazi Garden was a conference highlight. There are also rock and alpine plants, naturalized bulbs, and good examples of Japanese Maples and weeping conifers, notable for the careful pruning and training received over the past fifty years.

It may be fairly stated that this garden, the Abkhazis' and the Balls' represent a very significant part of Victoria’s horticultural heritage.

Abkhazi Garden is located in Greater Victoria, near the village of Oak Bay.

Abkhazi Garden and Teahouse is open 7 days per week from 11 a.m. to 5 p.m. with the last entrance and tea seating at 4 p.m.

Admission is by a suggested donation of $10 per person which is designated to TLC’s operation and maintenance of the garden. Those displaying TLC Membership cards are always admitted free.

Please email or call for information about holding your special event at the garden.

more info about the gardens